The difference between men and women

The difference between men and women is as old as humankind itself thanks to the chromosome Y responsible for male population and a famous hormone – testosterone which is to blame for the physical appearance of the male population, but also for obvious disparities between male and female brain areas. These brain differences enable men and women to organize differently their time and space too. Overall speaking, girls learn to speak faster than boys and are also able to acquire more words. Furthermore, experts agree women speak more fluently and are better in solving word puzzles.

Space and time are the two concepts men perceive as coordinate systems where one can easily identify the sides of the world as well as events that took place before and after, while women “function” by relying on the emotional memories, i.e. by remembering the things which left a significant impact on them. Did you know that a woman’s intuition is not just a fabrication? Many studies suggest that because the left side of the female brain is more developed than male’s, women are more capable of observing and understanding other people’s emotions. Moreover, women have a better interrelation between the left and right side of the brain so they are better at seeing the broader picture and discovering relations between different concepts and fields.

Naturally, woman’s body is more sensitive to stress, it has even been proposed by a research made on thousands of fraternal twins. Women will experience depression already at lower stress level and this is the point where Mother Nature was not very generous to them. When women are under stress their, body produces more hormones and they have sex hormone progesterone to thank for, especially with regards to those strong reactions provided by this “blessed” stress mechanism, which, in addition, enables the mechanism to “shut down”. Socrates surely knew what he was talking about when he said that “one should fear more of a woman’s love than a man’s hate”!

After all, woman‘s sensitivity makes them more cautious as drivers, while most men will opt for high-speed driving. And, as far as p 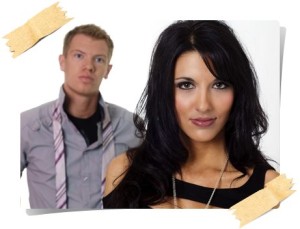 arking cars are concerned, women may be worse, but it is only logical that, as in everything, practice makes perfect, so once they familiarize with the roads and learn how to maneuver a car, they’ll be as good as men. Scientists hold women as more responsible drivers precisely due to estrogen, a sexual hormone that brings on a positive effect on neural activity in the frontal lobe (the prefrontal cortex) responsible for complex mental processes which include adopting and abiding the rules.

But let us put this aside, how do you explain the fact women get disappointed with men so many times?

Men and women differ even in the circumstances in which they can be regarded as “good” or “naughty”. Biologically speaking, human desires are often driven by their reproductive role and a simple math will provide an answer on why women tend to get the short end of the stick, i.e. disappoint in men. A modern man shouldn’t be worrying much about the sole desire to continue the species, instead, both men and women should be more focused on how to complement their evident diversities.